About your Dog Trainer

From pet to Competition
Level Obedience

I’m an experienced dog Trainer in Bucks County, PA. I started training dogs in 1969 with a German Shepherd. A couple of years later, I joined the German Shepherd Dog Club of Long Island, where I started showing German Shepherds in conformation and teaching obedience and show handling classes. When AKC (American Kennel Club) wasn’t challenging enough, I joined the Allgemeiner Schutzhund Club of Long Island, where I eventually became the training director. Schutzhund is a sport/temperament test that involves tracking, obedience, and protection. 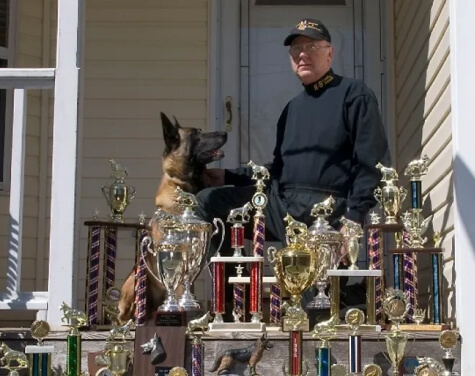 In 1987, I bought a working bloodline German Shepherd puppy. I raised Dingo and trained him to a Schutzhund III, which is the highest training degree in Schutzhund. He attained that title at 3 years of age. After Dingo retired, I bought an 8 week old Belgium Malinois named Asko, who I also raised and trained to a Schutzhund III title. Asko was a super dog in obedience, and just as good in protection and tracking. I put 7 Schutzhund III’s on him, and competed in the National Championship with him in 1996, where he came in 12th out of about 70 dogs. He had the second highest obedience score in the Nationals. I was also involved in theater work with Asko at the Brooklyn Academy of Music. He also appeared on television. I also did commercials and photo shoots with my daughter’s Chihuahua, Shadow. Most recently he appeared in a Verizon commercial and an ad for the “Wall Street Journal.” 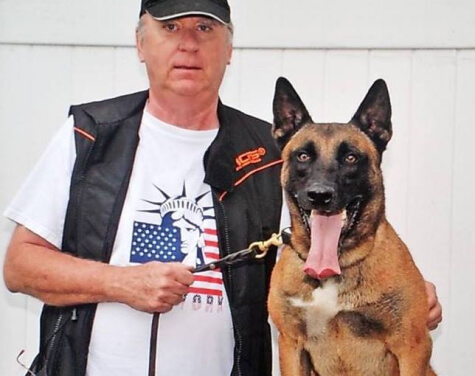 From 1985 until 2000, I owned a business in Brooklyn, NY called Pet-Hide-A-Way. There I did grooming, dog training, boarding, and sold pet supplies. I trained dogs for customers in obedience and behavior problem solving. I lived on Long Island from 2001 until 2015, where I trained dogs in obedience and behavior problem solving. My last competition dog was a Belgium Malinois named Argo. On October 8-10, 2004, he won the North-Eastern Schutzhund III & IPO III Regional championships. He had multiple IPO III titles on him. In the Spring of 2005, I competed in the North American championship, where Argo came in 6th place overall, 3rd handler/owner trained, and 1st alternate breed. He also tied for the highest protection score of 98 points. The judges’ comment was that, “this is the caliber of dog that we see in the FCI Championship (World Championship).” In November of 2005, I competed with Argo in the Malinois Championships, where he came in 4th. He scored highest in tracking with a score of 98 points. I also qualified to compete in the World Championships in Europe.

Argo had lots of talents; one of them is being a movie star. In 2005, he was involved in a shoot in Staten Island for the T.V. network “Lifetime”. He was also involved (June 8th, 2006) in an MTV shoot for a pilot comedy series called “Human Giant”. Argo made an appearance on “Whoa!” which aired on Animal Planet. He also appeared on the David Chappelle show. Another one of his talents was being a working explosive detection dog. Argo also worked protecting a major building in Manhattan for a couple of years.
Additionally, for two and a half years, I worked with tobacco sniffing dogs at the Deutsche Bank deconstruction site and other construction sites. I also worked with a Belgium Malinois, Ikon, and my current certified explosive detection dog, Graffight Des Ombres Valeureux IPO III FH, searching at the Port of New York, and in schools. Additionally, I did bed bug detection in residences and businesses with a Golden Retriever and a Lab. Argo, Ikon, and Graff were all trained by me since they were puppies. For more information on this, check out the Detection page up top. 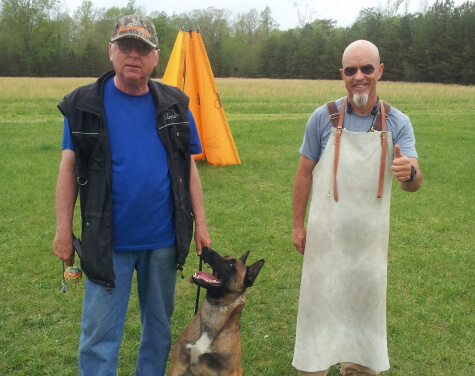 In 2016, I moved out to Pennsylvania, where I continue my passion of training dogs. I continue to compete in Schutzhund trials with my dog, Graffight, hoping to earn greater titles.

Thanks for reading about me! Enjoy the rest of the site!

 We train all breeds of dogs!

No pointless spam! Only useful and unobtrusive information from us and our partners.